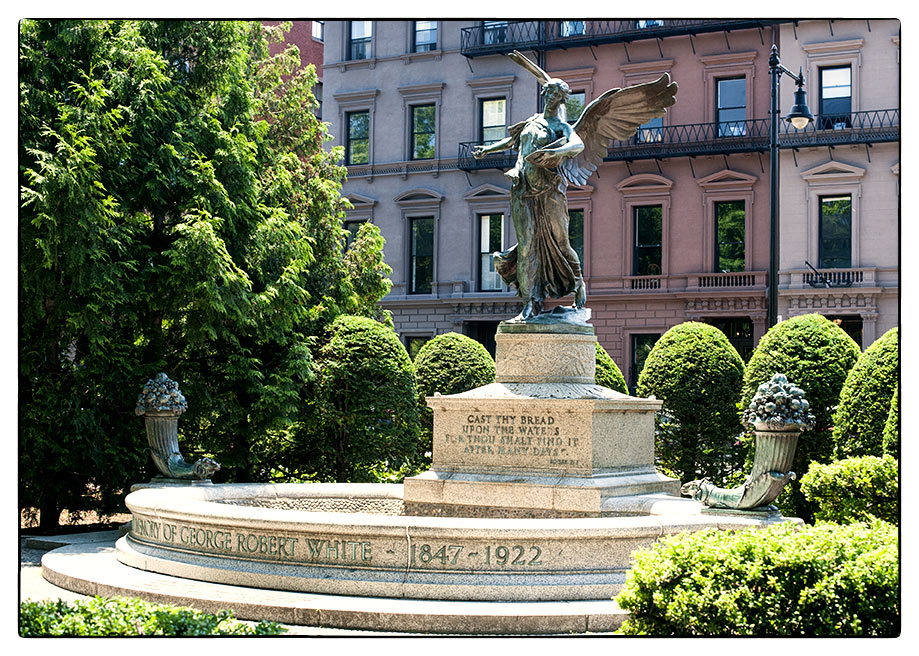 George Robert White Memorial Fountain in the northwest corner of the Public Garden. An allegorical winged female figure atop a granite base installed in an elliptical-shaped pebble and granite fountain. The female figure holds a basket with her proper right arm outstretched and casts bread upon the waters. Two bronze cornucopias flank the central figure. George Robert White was one of the City's foremost philanthropists who left $5 million to the city of Boston in 1922 to finance “works of public beauty and utility” throughout the City. White’s sole request was to have $50,000 of the funds set aside for the creation of a memorial in his memory. Well-known sculptor, Daniel Chester French, was commissioned to create this memorial in the Public Garden, which was completed and dedicated in 1924. Location: Boston Public Garden at the corner of Arlington and Beacon Streets.
Posted by Clueless in Boston at 8:11 PM

It is beautiful, Clueless. I don't remember seeing it, but I guess I don't get to that side of the Public Garden as often. Next time I am there, I will take a look.