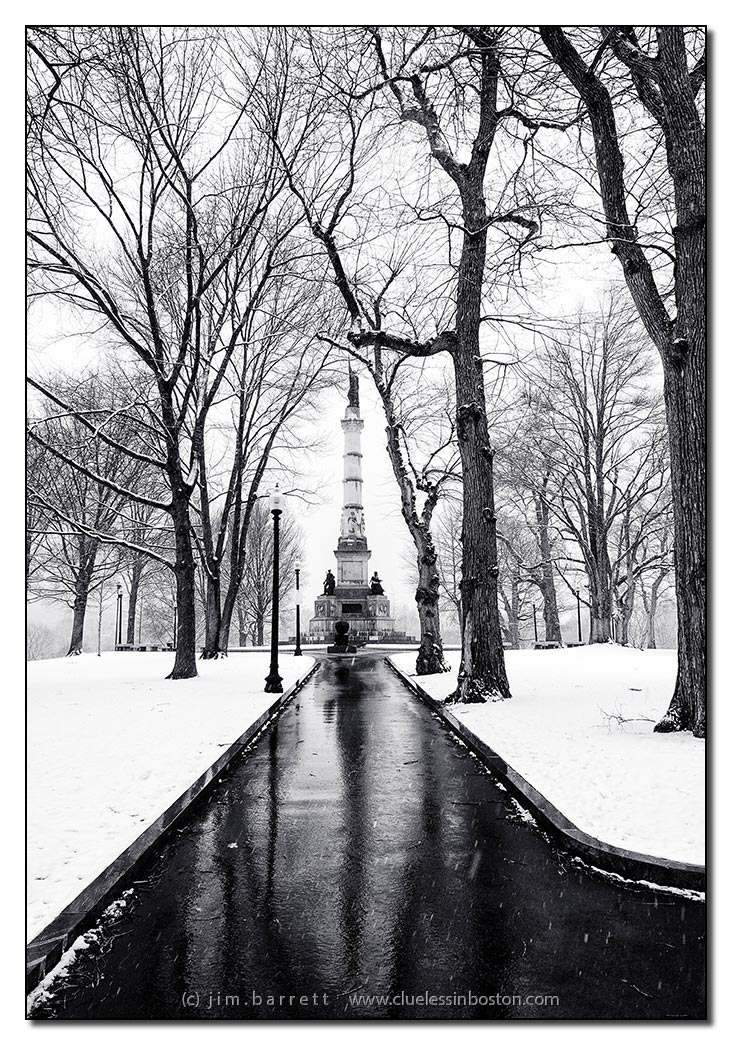 The Soldiers and Sailors Monument on Boston Common was erected in memory of Massachusetts soldiers and sailors who died in the American Civil War. Designed by Martin Milmore and dedicated on September 17, 1877. Union Generals George B. McClellan and Joseph Hooker were among the estimated 25,000 people attending the dedication on Boston Common. The Monument is located on a rise called Flag Staff Hill and rises to a height of 126 feet on its base. The column is topped by a figure representing the Genius of America. Four statues at the base represent Peace, the Sailor, the Muse of History, and the Soldier. Bas-relief plaques depict the departure and return of the forces, the Navy, and the work of the Boston Sanitary Commission. In one plaque, Longfellow can be seen accompanying the governor. The figures at the base of the column represent the sections of the country: North, South, East, and West. Here is another view of the monument I took seven years ago.
Posted by Clueless in Boston at 12:30 AM

I can almost feel the wet pavement leading to the monument. Boston winter renders beautifully in monochrome and you know how to work its magic!