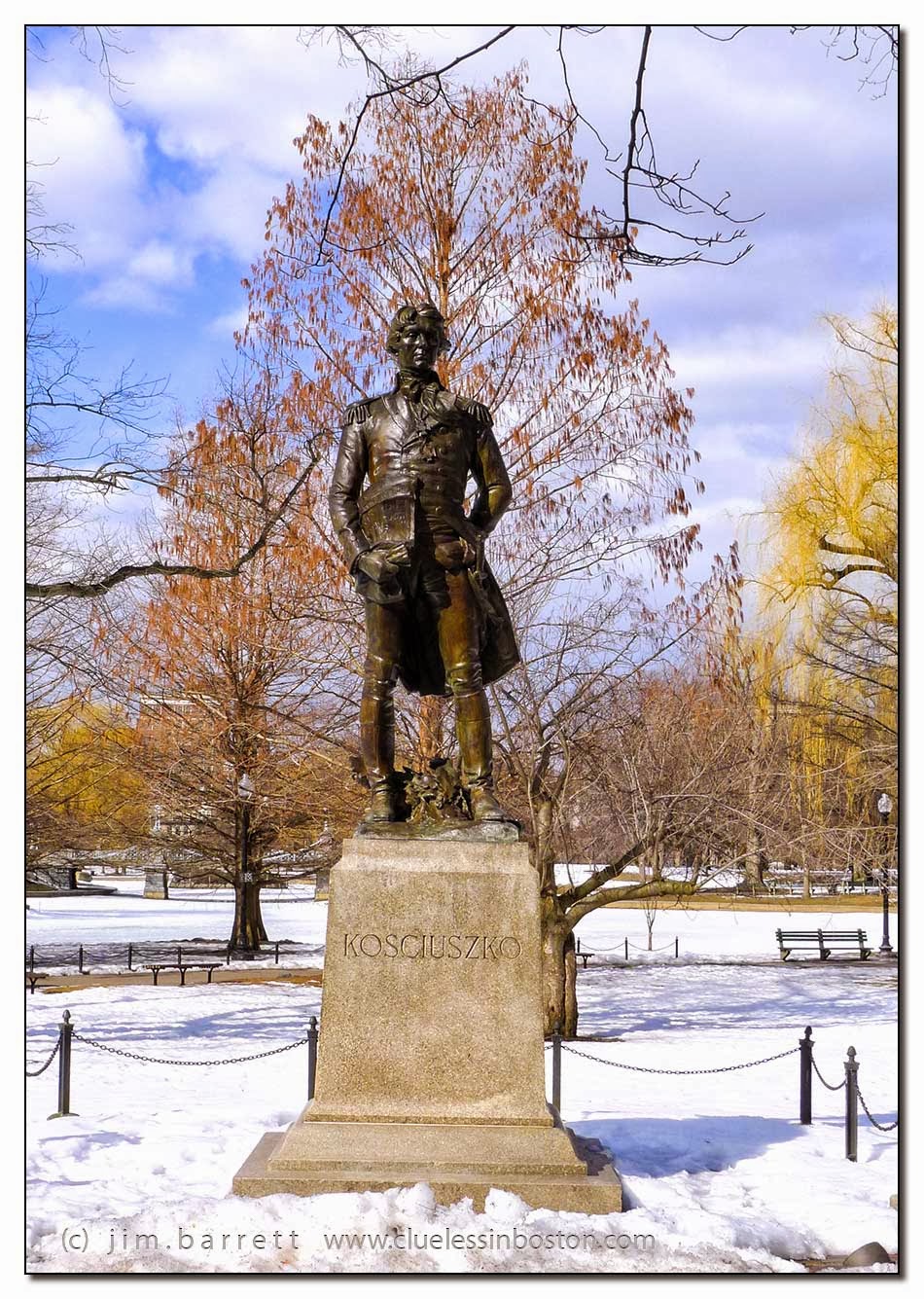 Visit other Skywatch Friday sites to enjoy skies from around the world.
Posted by Clueless in Boston at 1:00 AM

Very dashing looking fellow and a beautiful bronze statue and a lovely sky.

Mrs Kosciuszko is a contender for Paris town hall this year...

What a great shot!

wowww whata gorgeous shot.. feel like jumping into the snow :)

We have now a politic woman in France who have the same name!
I see that you still have snow, must be beautiufl under blue sky!